A debate held on the St. John's University Campus in early April with the Earth Club.

The motion: This House would refuse Obama's Nuclear Energy proposal.

Debating are St John's University students from the Debate Society and the Earth Club.

Posted by Alfred Charles Snider at 3:47 PM No comments:


Ithaca College: Semifinal Round [Spring 2010] from Steve Llano on Vimeo.

This is one of the semifinal debates of the Ithaca College tournament held in Ithaca, NY in Spring of 2010.

The motion is:
This house believes that military coups are preferable to corrupt, democratically elected governments.

Posted by Alfred Charles Snider at 3:30 PM No comments: 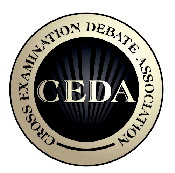 Bill Kristol argued that Obama has put democracy in retreat and strengthened dictators, to which Simon Schama replied by pointing out that winning today’s wars involves winning over the people, not slaughtering one’s enemies – and that Kristol had supported Sarah “don’t retreat, reload” Palin.

General Jack Keane accused Schama of theatricals and laid out his view of the increased global threat with military seriousness, while Philip Bobbitt claimed that Obama had won back the support of America’s allies and understood his nation’s place in the new world. Con Coughlin said Obama – like Schama, his former professor – was just talk, and that anyone who had seen the situation on the ground would agree that the American president was standing by as the world became more dangerous. But Bernard Henry Levy used his speech to claim that Obama had foreign policy down to a fine art, since he appears to be following the precepts of 6th Century B.C. philosopher Sun Tzu, author of The Art Of War.

You can watch the event highlights and share on your site with the embed codes below.

Posted by Alfred Charles Snider at 12:52 PM No comments: