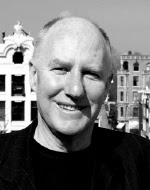 Frans van Eemeren, perhaps the most noted argumentation scholar in the world, has agreed to be the keynote speaker in argumentation at the 2008 conference. Professor van Eemeren will also serve on the argumentation evaluation committee along with David Williams of Florida Atlantic University will also be on that committee.

Here is a description of Frans van Eemeren's background from http://home.medewerker.uva.nl/f.h.vaneemeren/

Frans van Eemeren is Professor in the Department of Speech Communication, Argumentation Theory and Rhetoric in the University of Amsterdam and director of the research programme 'Argumentation in discourse' of the Amsterdam School for Cultural Analysis. His research interests include argumentation theory and rhetorical and dialectical analysis of argumentative discourse.

Prof. Frans van Eemeren is internationally recognised researcher in the field of argumentation theory and rhetoric, as is visible by his numerous credits (keynotes, awards, guest professorships, translations into Chinese, French, Russian, Spanish, etc.); Supervised 24 doctoral students who all graduated; Editor and member of editorial boards of a large number of international scientific journals (editor of Argumentation, the most important journal in the field) and book series (such as Kluwer Academic’s Argumentation Library); Chairman of theInternational Society for the Study of Argumentation (ISSA); Administrator and experienced programme manager who also has experience in leading and attending international educational programmes (among others DASA and University College Utrecht). Acting director of the Institute for Cultural Analysis and director of the research programme Argumentation in Discourse (ASCA). Currently he is also a Guest Professor at New York University.

Find complete information about the conference at http://debate.uvm.edu/betterworld.htm