This is Zheng Bo from China. I know many of you were looking for videos taken at UADC. I'm sorting out all my videos and the following are what I have for now.
All my UADC videos are uploaded to a video sharing site in China (www.youku.com), I don't know whether you can access it with satisfactory speed. If you run into any problem accessing the videos, please let me know.

R2: Motion: THBT Doctors should not be forced to perform medical procedures that are against their faith
UADC 2010 R2 UPM1 vs AU2

R6: Motion: THBT that important characters in movies should be portrayed by actors of the same ethnicity
UADC 2010 R6 DLSU1-NTU1

R7: Motion: THBT the leaders of nations that stockpile agricultural products for economic gain while global hunger persists should be charged with crimes against humanity
UADC 2010 R7 FOLC2-DLSU2

R8: Motion: THBT individuals who have undergone cosmetic surgery should be required to disclose it to anyone whom they want to have children with.
UADC 2010 R8 UM1-NSU1

Posted by Alfred Charles Snider at 12:29 PM No comments: 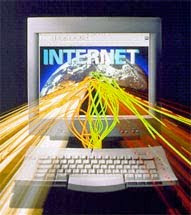 Sharing - videos I took of debates during UADC. Enjoy!

Round 3
THW confiscate property of those who cooperated with oppressive regimes after the fall of the regime
BIPEDS vs TWEDS
http://blip.tv/file/3646468

Round 4
THW place a prohibitive tax on car ownership
UST vs EDiS
http://blip.tv/file/3646465

Round 5
THBT the willingness to participate in formal public election debates should be a pre-requisite for candidates running for national office
IITB vs MUIC
http://blip.tv/file/3646485

Round 6
THBT that important characters in movies should be portrayed by actors of the same ethnicity
NLS vs FOLC
http://blip.tv/file/3647077

Round 7
THBT it’s time the US recognize Hamas as a legitimate representative of Palestine
SMU 1 vs IIUM 1
http://blip.tv/file/3647097

Round 8
THW compel children to care for their parents
NUS vs FOLC
http://blip.tv/file/3647113

Pre-Octofinals
THBT the WTO should hold all countries to uniform labour standards
RVCE 1 vs DLSU 3
http://blip.tv/file/3646524

Octofinals
THW make environmental protection a legitimate defense in the prosecution of destruction of property
Ateneo 3 vs UPD 1
http://blip.tv/file/3646554

Finals
THW Abolish parties based on ethnicity
NTU 1 vs Ateneo 2
http://blip.tv/file/3647146
Posted by Alfred Charles Snider at 2:31 PM No comments:


These programs also feature a video collage of previous episodes, a musical photo retrospective, call-in, emails of congratulations and a look ahead to the future.

Flashpoint is a regular program of issues and ideas sponsored by the Lawrence Debate Union at the University of Vermont. http://debate.uvm.edu/debateblog/LDU/The_Team.html

Flashpoint programs in archive can be found on the ftp site labeled with show number and title (0390showtitle).
http://uvm.edu/~debate/watch

Thanks to Vermont Community Access Media for their support.
http://vermontcam.org/

Posted by Alfred Charles Snider at 5:06 PM No comments: